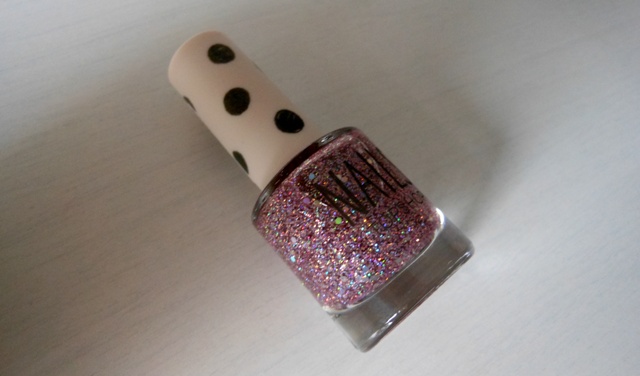 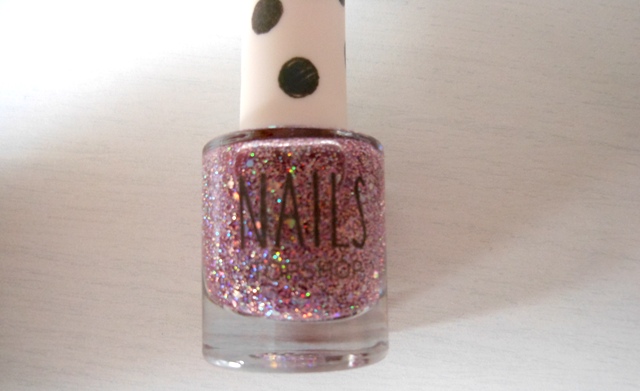 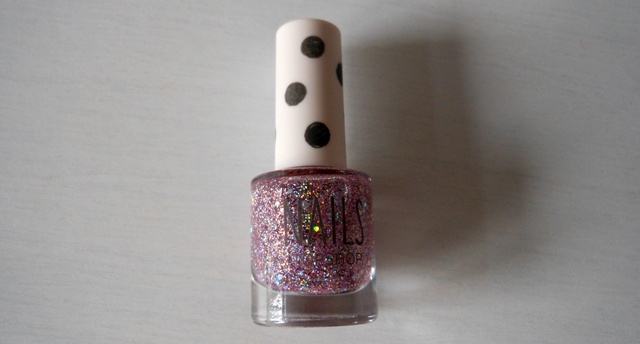 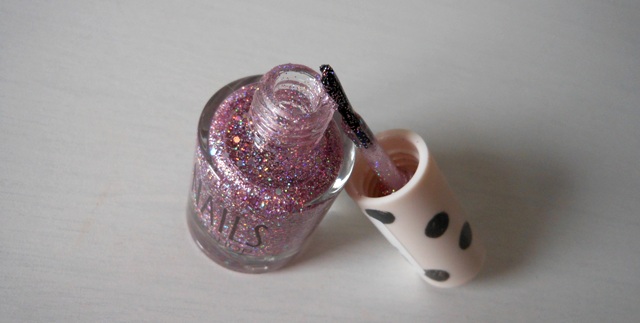 I saw this and obviously had to get it, meant to be on a polish ban as my storage shelf has overflowed onto my dresser and it looks unslightly so was hoping to refrain from anymore until I buy an extra storage shelf!
The varnish is a new addition to the TopShop collection and is a pound more than their standard core collection. With the right amount of time between layers, this formula has impressed me because I was expecting it to be gloopy and annoying like so many glitter polishes that are cheaper in price....however it dried fairly quickly (but do allow time when you're using this to avoid any smudge disappointment).
It's a sheer top-coat style polish with a mix of fine and larger round shaped silver glitter sparkles suspended within it. The sparkles catch the light, and a holographic shimmer bounces off (fairly similar to that of Models Own 'Juicy Jules')
It is so stunning, it has a very sheer wash of pink within it that builds a small amount of colour, but not much.
For those wondering, it doesn't seem far off OPI's 'Teenage Dream' from what I can make out. I always wanted that polish. Both have a tinge of pink in the polish, the size of the glitter parts do differ between the two, but it is pretty much a match.
So far I've tried it two ways, but I am looking forward to layering it over more pink shades and experimenting with it over a mint green... 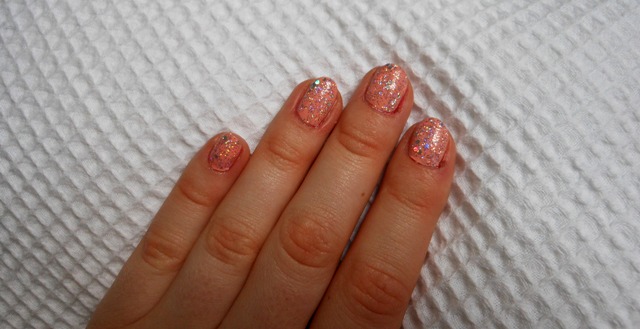 One layer of 'Adrenalin' over Barry M's 'Peach Melba'. 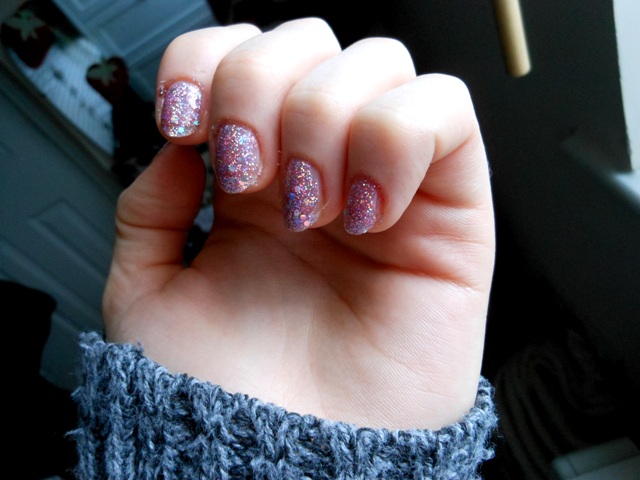 Three layers applied over a sheer basecoat.
Unfortunately the polish only lasted a day on my nails before it began chipping (with topcoat.)
I'm a sucker for sparkles. Such a girl.....
Will you be buying this?