I tweeted a few months ago when I found out that Urban Decay were expanding into China. The reason this caught my attention was because, though I've never been a big shopper at UD, even I knew that they were an animal friendly company who were committed in their protest against cosmetic animal testing and were raising awareness of the issue.
The Chinese government do reserve the right to test cosmetics on animals before they are sold for use on human beings. Unfortunately, studies also show that the typical Chinese consumer will show little to no regard over whether a cosmetic product has been tested on animals or not.
What Urban Decay have said: UD have stated that their stance on animal testing will not waiver, and that whilst they do not test on animals, the Chinese government may want to perform one-time tests of their products on animals before they are approved to be sold to the Chinese consumers.
Urban Decay believe that change will not happen by outside pressure alone, and that by entering China the company can help raise awareness and fight against animal testing from within. When UD first began, they fought for animal rights in the Western market and now they want to do this in China by encouraging change internally.
UD also want us to remember that they are passionate about women's rights too and are hoping to create new careers and jobs for Chinese women (as it is women who are primarily employed in cosmetics) with this expansion so hope to contribute the change in attitude towards the importance of women in that country.

Please not that they have not ignored the ever obvious reason for moving into China, and that is for profit. They also stated that if they don't expand into China, other companies with no stance on animal testing will and therefore nothing will change.* 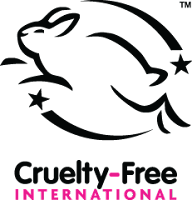 http://www.crueltyfreeinternational.org/
(If you're interested in using cosmetics that are not tested on animals, look for the leaping bunny logo on the product which ensures that no animal testing has been conducted on the finished product, nor it's ingredients, that it isn't carried out in any of the companies labs or by their suppliers)

It's been announced recently that New CID cosmetics will stocked in all Champneys spas by the end of the year. The famous luxury spa already have their own range of bath and body products available in Boots stores but their spas will be stocked full of New CID cosmetics as they admire the quality of their products and believe they'll be perfect for the Champneys customer.

Estee Lauder's granddaughter Aerin Lauder is releasing her own makeup range as part of her new lifestyle line. 'The Aerin Essentials Collection' is launching this year in the UK and the States.

Marvelscara 'three week mascara' may be coming to a salon near you! This new technology creates beautiful long lashes that don't smudge (and are waterproof) and already has 'celeb' clients such as memebers of the TOWIE and Desperate Scousewives cast singing it's praises.

Thankyou for reading! Do you have any beauty goss for me? What's your opinion on Urban Decay's Chinese expansion?

* Some information for this post has been taken from an article in Espirit magazine (July 2012 edition) where there has been an interview with an Urban Decay spokesman.

Disclaimer! : I've restrained from including my opinion in this *paragraph as the aim of this post was to inform you of the statement and real intentions from Urban Decay. FYI I do not believe animal testing on cosmetics is necessary, however I do not condemn brands who do.
Posted by Emily Has Dimples at 11:15