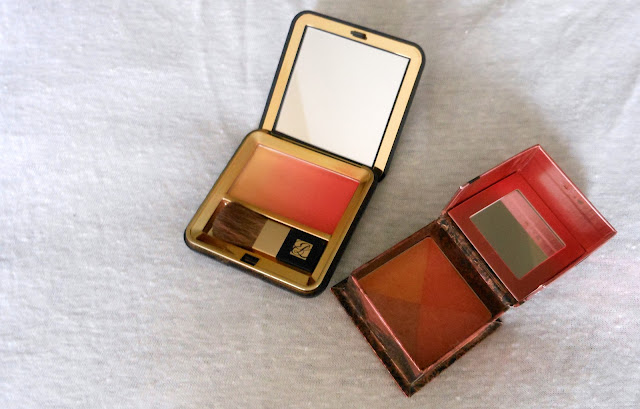 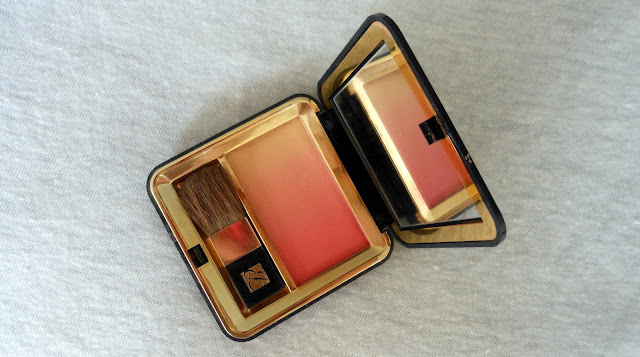 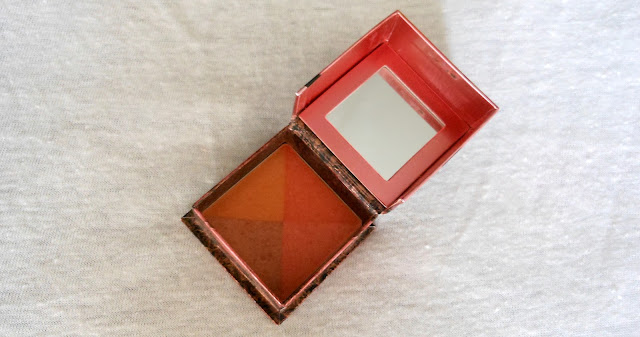 Whilst grabbing a familar box o'blush in a rush the other day, and then swirling it on my cheeks I realised that I looked exactly the same as I did the day before, and the day before that, and the day before that...- that I'd used that blusher the day before, as well as that foundation, that eyeshadow and that lipgloss. Urgh, that feeling, that realisation that I have become stuck in one of those 'makeup rutts'. I've heard people talk about them. I never thought one of 'them' would happen to me, after all, I have previously taken pride in the fact that I do rotate my products and do try new things, but it got me panicking...

Whilst I'm stuck in this rutt, I thought I may aswell document it for you all to see and read about. I'll start with the two blushers, the only two blushers I have used for at least the past two months now, it is absolute love I have for both of these shades, but I do understand that I can't neglect the other 1547895 blushes in my possession for much longer. I promise that from now on I will make a conscious effort to mix it up, promise.

I have mentioned this in a favourites video in the past as it's a shade that I truley love and know I will buy again when it runs out oneday. 'Peach Nuance' is a satin finish, which means there's no shimmer or sparkle which makes it very versatile as it can be worn on it's own subtley or can be paired with a powder highlighter to add a glisten to the cheekbones if so desired.
'Peach Nuance' is no longer available as Estee Lauder recently reformulated their blushers and brought out a new shade range. However the good news for you is, you can still buy it but now it is known as 'Witty Peach' instead and while it is the same shade it now comes in nicer, more golden bling packaging and a larger travel brush beside it for better application on the go.
The colour itself is a peach coral shade, that can be deepened or lightened depending on which end of the pan you swirl your blush brush. I love the gradient between the yellow peach to the coral pink, it's so unique and beautiful to look at. The powder is so smooth to apply, and it's easy to choose whether you want a sheer wash or a flush of colour. Pefect to awaken any tired or dull complexions and one that would also look lush with a tan.

My other favourite blusher at the moment is one that has been in my possession for a long time and was given to me for free when I used to work for Benefit. Sugabomb is such a gorgeous coral for those of us who are pale skinned as it isn't too deep or unnatural. It's one of those shades that freshens up the complexion so well and I love building it up to a brighter pop of colour. Unlike Peach Nuance, Sugabomb does have a subtle shimmer running through it that transfers onto the skin as a highlight. I find this powder works best with a blusher brush that is densely packed with fibres, such as the Illamasqua brushes or even the MAC 116.

As you can see, I'm a girl obsessed with the coral blush. I think peach and coral add a lift and pop that other shades don't do. Hopefully my pink blushes won't go unloved for much longer, I'm hoping I'll transfer back to them when winter rears it's ugly, ugly face. But in the meanwhile, any help or advice to a girl stuck in a coral blush rutt? Or if that fails, any other coral or peach blushers you can recommend to me?!