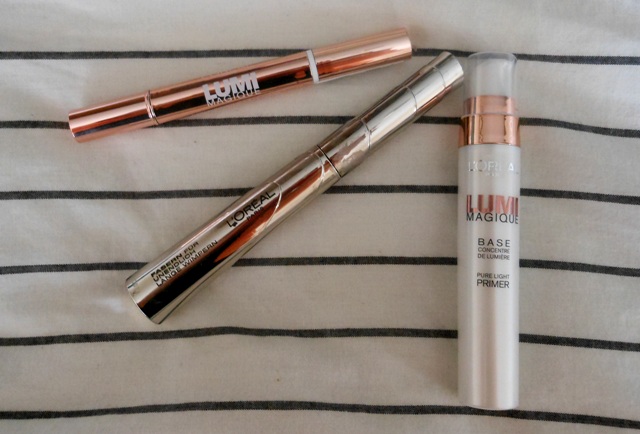 I've always been a fan of L'Oreal, I've used their Infallible foundation in the past which is ok for the cheaper price and their Telescopic mascara has been repurchased countless times since I first began using it about 5-6 years ago.
I've recently accumulated a few new products and have done a mini review on what I think for each, having been using them for a couple of weeks now! 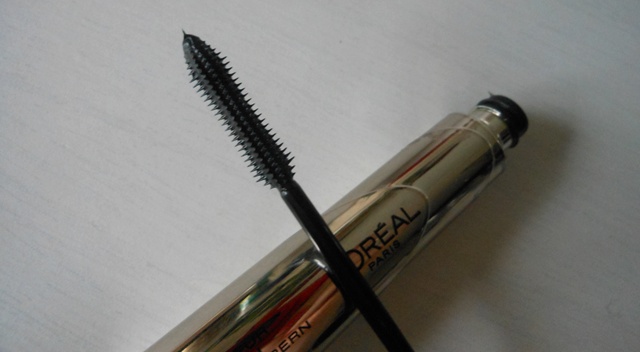 The plastic, molded wand is always the type that I reach for. I don't think you can beat them for combed, defined lashes with added length. Sure, you won't get much volume from them but a good amount is easily achieved through applying a few layers.
The wand for this mascara reminds me of somewhere between L'Oreal's (original) Telescopic (a very fine, thin plastic comb) and Benefit's 'They're Real' (a medium sized comb wand). I'm quite happy with the results this gives, I don't find the results to be too disimilar to either of the mascrara's mentioned above except application is easier than using 'They're Real' because the wand isn't as bulky. In terms of formula, I didn't find it to smudge throughout the day, just some flakiness on the bottom lashes after a days (8hrs+) wear- which I can't complain about at all! It removes fairly well though can be stubborn at first. In terms of it's false lash claims, well personally it didn't have this effect with me as it didn't add the volume to my lashes that falsies would. However all in all, a good mascara and I would recommend this. 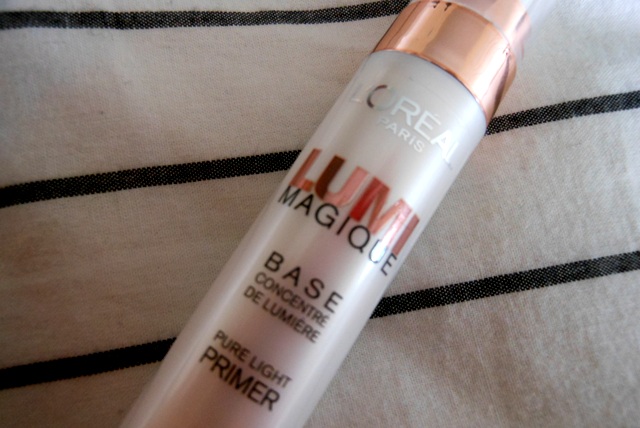 Although I find that this doesn't prolong the wear of my foundation like a primer should, mixed into a heavier/thicker foundation (for instance with Illamasqua's Skin Base foundation) is makes the formula and application more malleable and blendable while adding a very subtle dewy finish that develops and looks even better and flawless after a few hours wear. This said, I find after about 6 hours that this concoction does cause a bit of slip and makeup can begin to look patchy and worn. It is also nice patted on the cheekbones and on the nose for an added dewy shine, but don't expect it to be obvious as a highlighter in this case.
With my skin in a worse-for-wear state at the moment (it looks dull and a bit irritated), using this in conjunction with generous spritzes of M.A.C Fix+ (which will also not prolong the wear of your makeup, just refreshes the look of an over powdered base) I've found that I've been able to have a couple of 'good skin days' (- which are my favourite kind of days!!)
Perhaps this could be deemed as a cheap version of M.A.C 'Strobe Cream' or Estee Lauder's 'Spotlight', minus the skincare benefits. If you're interested in trying either of those products then try this first, as you only get 20ml of product in comparision to the others 30ml.
I also really like the white and gold packaging, with the pump dispenser!

I've been using this as my under eye concealer and believe it is easily comparible to YSL Touche E'clat or Estee Lauder's Ideal Light concealers. Similarly to those products this concealer is packaged in a thin tube and dispersed using a twist mechanism one end of the concealer which pushes product out into the application brush at the other end. Although this helps prevent product from drying out it can also make it hard to control how much you deposit.
Available in three shades, I found the light shade is a fairly good match for me as long as it is used before foundation as it is more likely to blend in seamlessly with my fair skintone. I've found it works best if a few thin stripes are applied under the eyes and left for half a minute before softly blending it into the skin using fingers. We all know that using liquid or cream base products work better when they've been warmed up on the skin first, and the same goes for this concealer! It's important not to apply too much of this, or it will settle in any fine lines under the eyes.

I hope these reviews have helped, have any of you been using any of these products? What do you think of them?